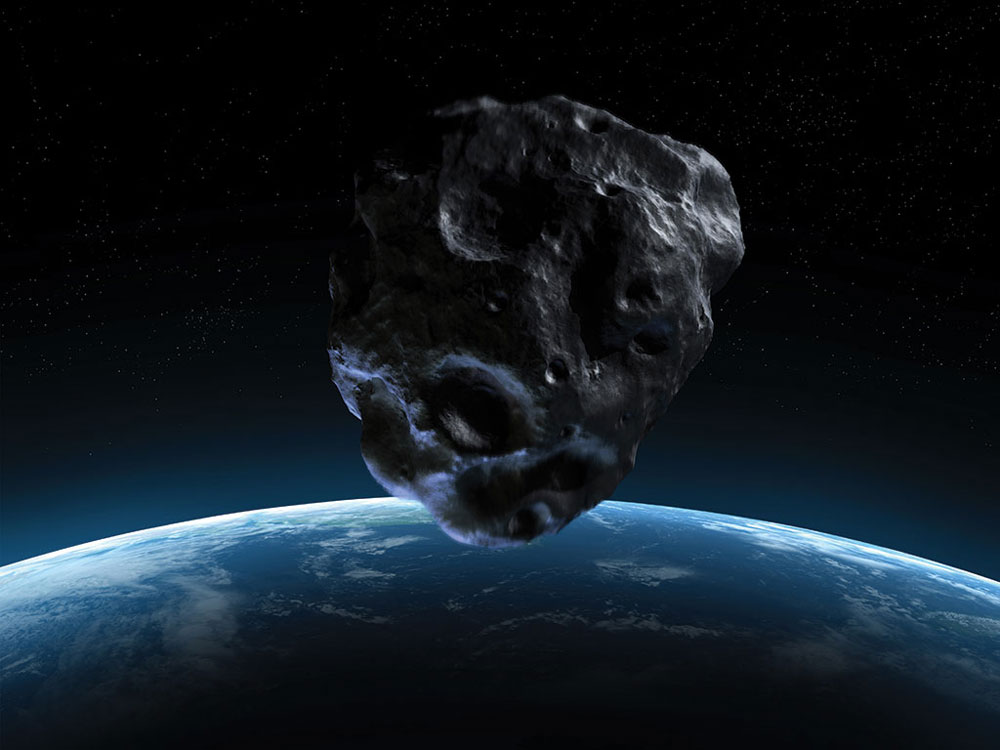 Definitions are the key to understanding and the not well understood differences between Asteroids, Comets, Meteoroids, Meteors, Meteorites and Tektites have seen many a disagreement.

Comets and Asteroids are small astronomical objects that orbit a star (Our Sun) or star system with a grouping of two or more stars (Fomalhaut A, B & C).

COMETS have a nucleus with a dense composition of rock, dust, and various fuels and organics, whilst Asteroids, commonly have none.

COMET FUEL is in the form of Water, Ice, Water Vapour and frozen gases such as Carbon Dioxide, Carbon Monoxide, Methane, and Ammonia.

The surface of this nucleus is generally dry with dust and rocks, however, various organic compounds, including methanol, hydrogen cyanide, formaldehyde, ethanol, ethane, long-chain hydrocarbons and amino acids have been found, thought by many scientists as being the initial birthplace of life on Earth via panspermia.

COMETS, on approach to a star or star system, will heat up and outgas, releasing comet fuel, forming a long tail, which point away, directly inverse from that star or star system. A secondary tail, comprising of dust particles and rocks are swept away, following the orbit of the comet and within our solar system which may lead to meteor showers here on Earth. The general consensus is that there are trillions of comets that orbit our sun and that the majority of them reside in a region, known as the Oort cloud, a spherical area that is believed to surround our solar system to a distance of 100,000 AU (15 Trillion kilometres away), 1 AU is the distance between our Sun and Earth, which is 150 million kilometres away. 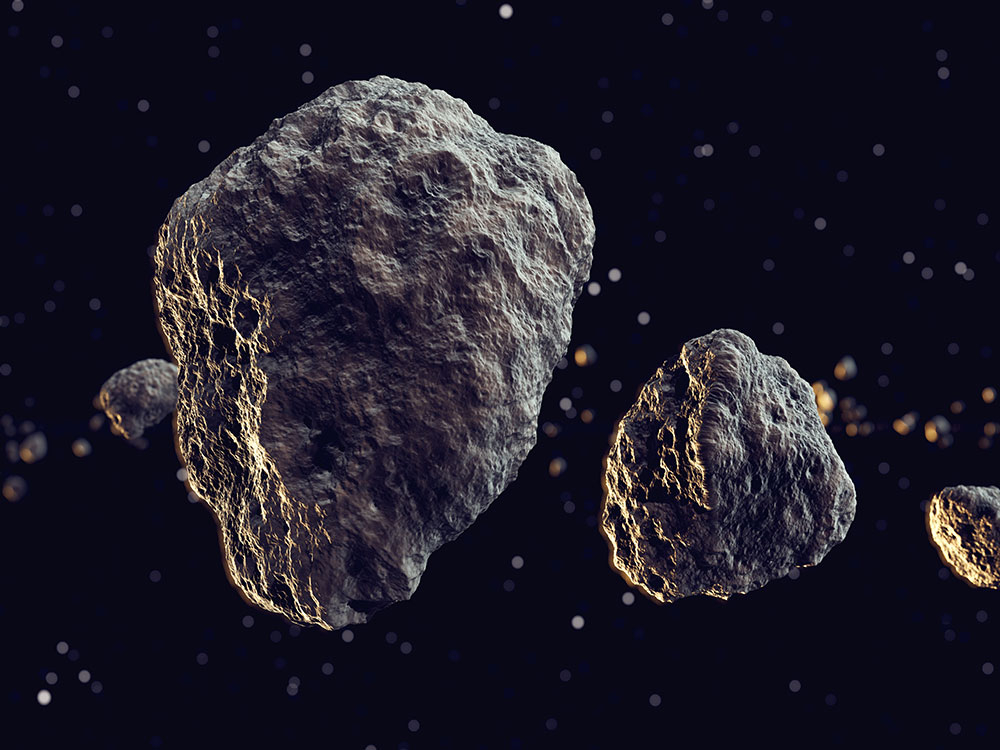 ASTEROIDS, are rocky objects they are devoid of fuel, yet possess a vast variety and ratios of metals, silicates and carbon, all having different beginnings. Some share the history of planet formation, yet others experience high and low pressures and temperatures that illustrate remarkable internal and external structures.

The majority of Asteroids are found in a spherical area, known as the Asteroid Belt, orbiting the Sun, between Mars and Jupiter, 300 million kilometres away that may be the result of a rocky planet that failed to form.

Through billions of years of collisions, there may be millions of asteroids within this main belt that make up the majority of meteorites that fall to Earth.

The Kuiper Belt is a region of the Solar System, extending from the orbit of Neptune, 30 AU to 50 AU from the Sun, 20 times the width and 200 times the mass of the asteroid belt, and home to dwarf planets, Pluto, Haumea, and Makemake. 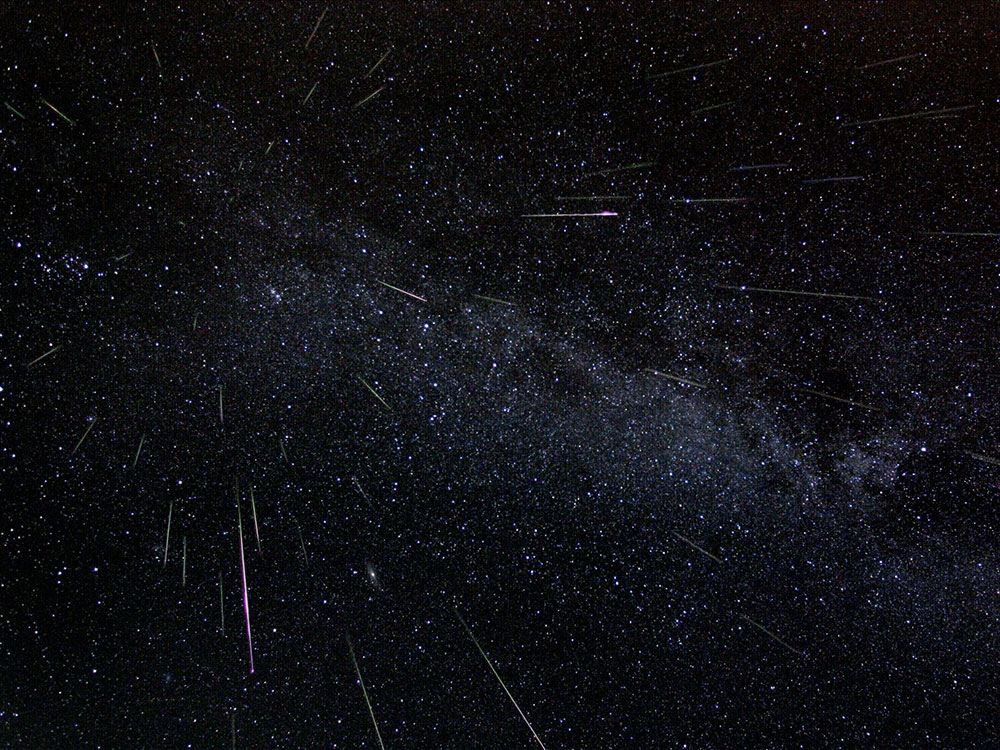 METEOROIDS, are small rocks or particle within our solar system that are Asteroids. However, the main distinction, is that these Asteroids have a potential to be in proximity of a planetary body like our Earth, burn up in our atmosphere as a METEOR, or enter our atmosphere and reach land as a METEORITE, leaving an Impact Crater and at times, depending on the surrounding environment, may create a TEKTITE, such as Moldavite. 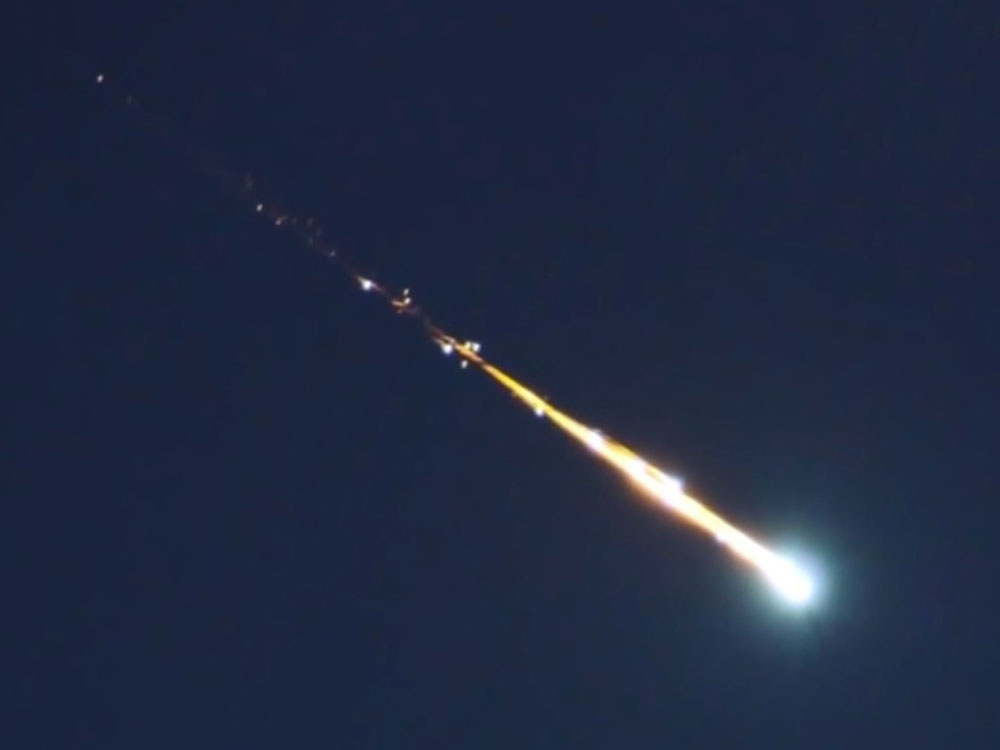 METEORS are made of rock, gem, metal or a combination thereof. The gravitational force of the Earth accelerates Meteors to speeds of up to 20 kilometres per second and when they enter the thick atmosphere of the Earth, they slow rapidly due to friction and illuminate the sky, with light that can be analysed to tell us, what it is made of, before impacting the ground and becoming a Meteorite. They either burn up in the atmosphere, land in oceans, forests or remote locations all over the world, however, the best place to find them are in dry places such as deserts, where erosion is less likely. 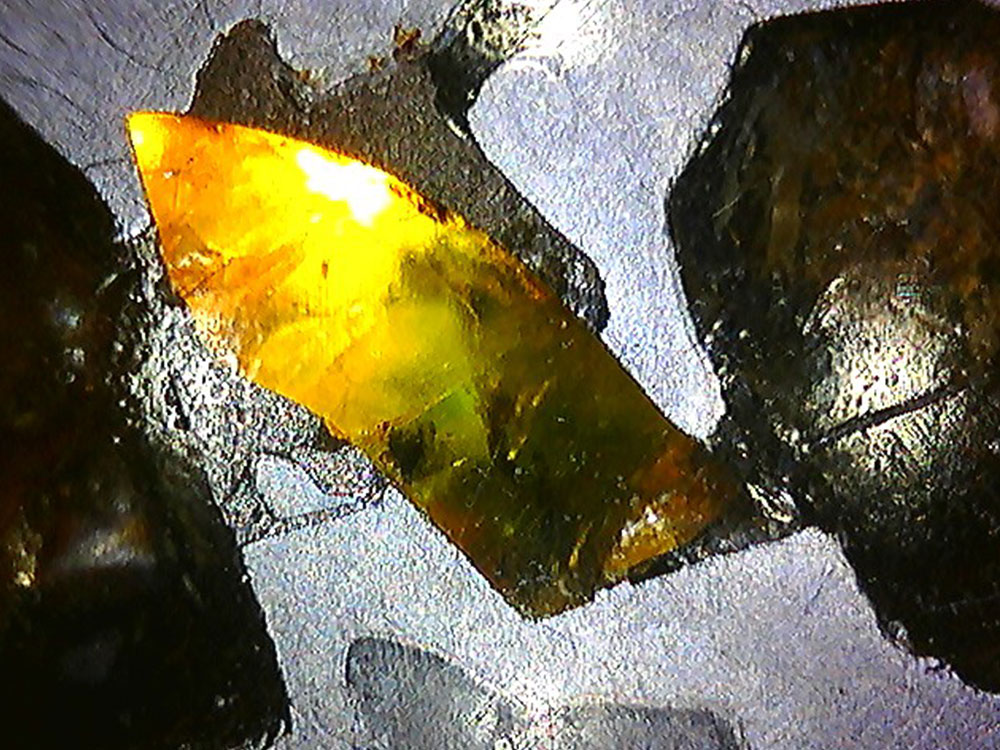 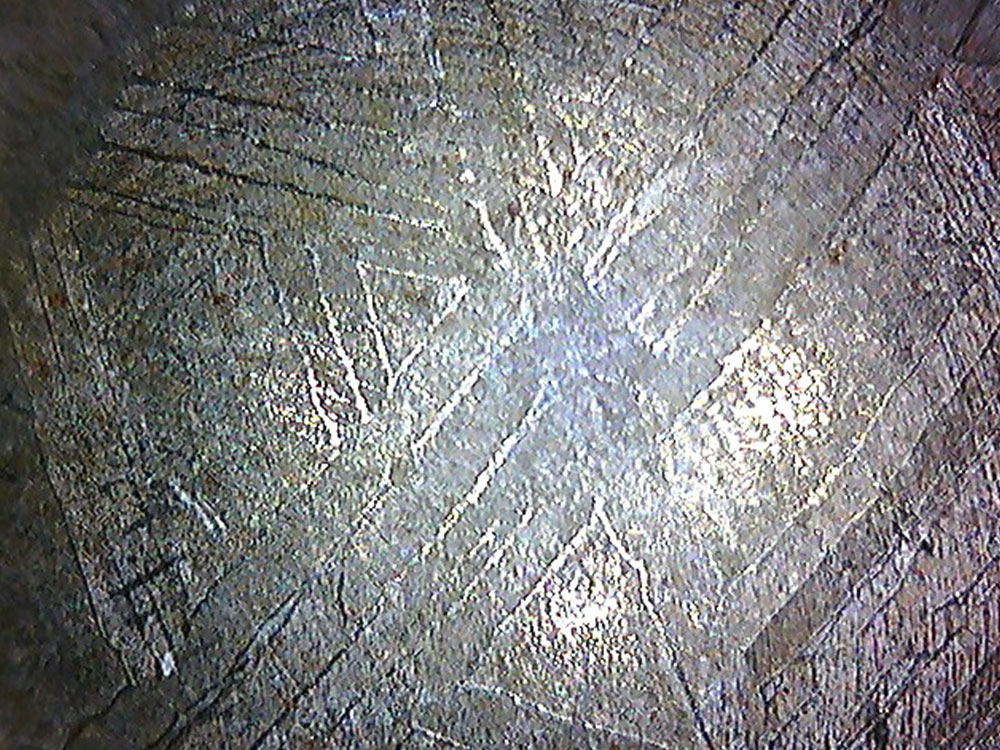 The study of the chemical composition of matter in our universe is called cosmochemistry and with this, meteorites can be analysed to unlock their chemical structure and reveal key knowledge as to their age, how they formed and what conditions were endured throughout their voyage and when did they land on Earth. Many impacts from meteorites, create a raised peak in the centre of a dish shaped depression with a rimmed wall. 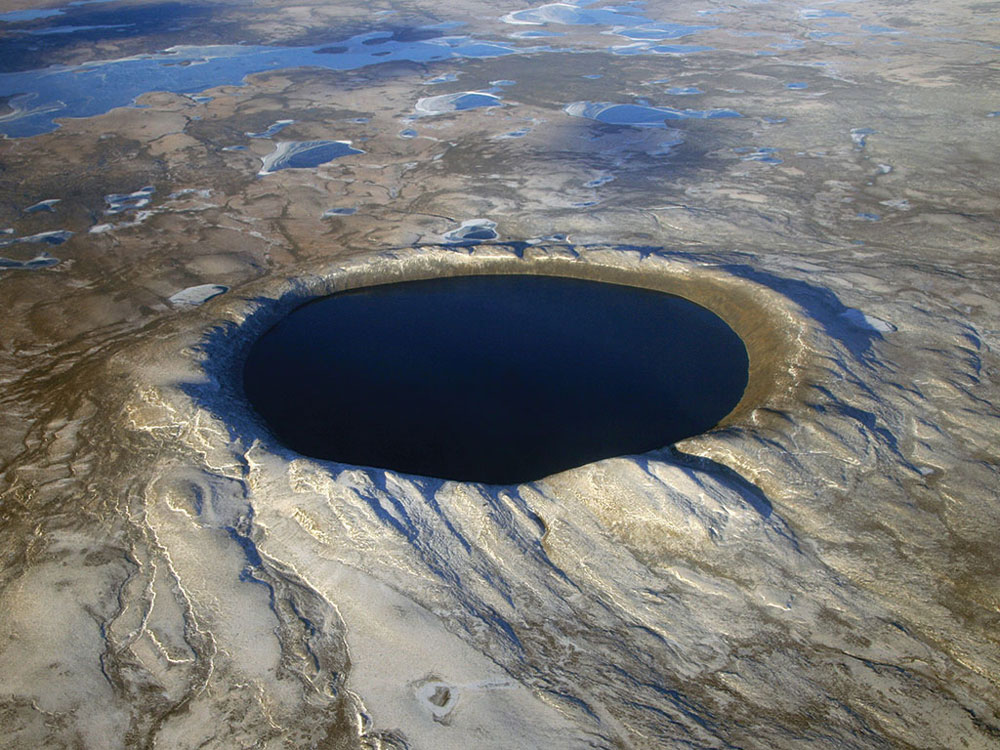 A Meteor, just 150 metres across, impacting land, will create a crater, 3 kilometres across, similar to the Pingualuit Crater in Canada (illustrated) delivering a yield equivalent to 500 megatons of TNT (33 thousand times more powerful than the first atomic bomb at Hiroshima), with a yield of 15 kilotons of TNT. This would completely vaporise our Redland City. Impact from a meteor, 50 metres across, capable of forming a 1km crater, have a probability occurrence of one every 1,000 years.

The last impact of this size that we know of took place 55,000 years ago. This is why scientists say we are overdue for a big impact …